PostgreSQL is a relational database management system with a client-server architecture. At the server-side, PostgreSQL’s processes and shared memory work together and build an instance, which handles the access to the data. Client programs connect to the instance and request read and write operations. 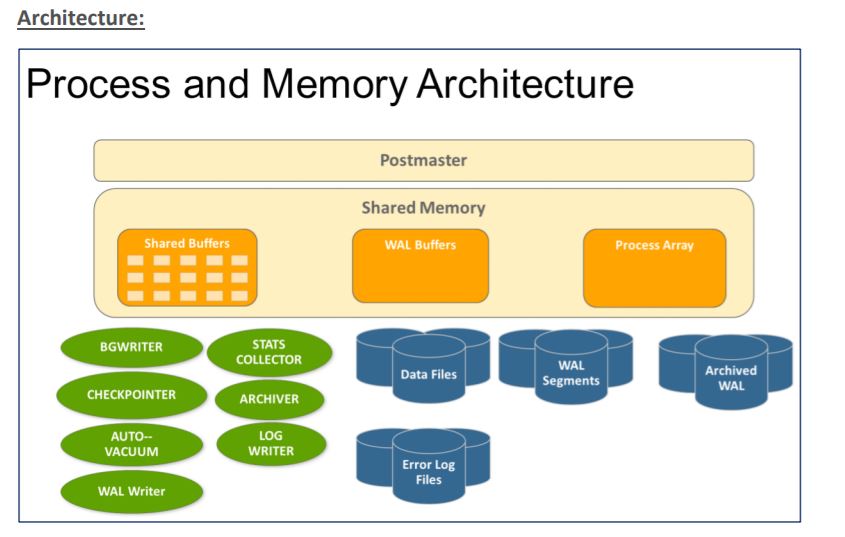 Fragmentation is a database server feature that allows you to control where data is stored at the table level. Fragmentation enables you to define groups of rows or index keys within a table according to some algorithm or scheme.

Fragmentation is often called bloating in PostgreSQL. It relates to its implementation of MVCC (Multi-version Concurrency Control) where rows are not updated in place or directly deleted, but are copied with a different ID. Those rows are then made visible or invisible depending on the transaction looking at the data. Basically, any update on the table is a Delete – Insert where the existing row is first deleted and a new row is inserted.

Multi-version concurrency control (MVCC), is a concurrency control method commonly used by database management systems to provide concurrent access to the database and in programming languages to implement transactional memory. Without concurrency control, if someone is reading from a database at the same time as someone else is writing to it, it is possible that the reader will see a half-written or inconsistent piece of data.

Unlike most other database systems which use locks for concurrency control, Postgres maintains data consistency by using a multi-version model. This means that while querying a database each transaction sees a snapshot of data (a database version) as it was some time ago, regardless of the current state of the underlying data. This protects the transaction from viewing inconsistent data that could be caused by (other) concurrent transaction updates on the same data rows, providing transaction isolation for each database session.

Let us take a simple example to understand what bloating is, how it occurs, and how to get rid of it.

Step1: Create a simple table with one column. I have created a table called datafreg which has an id column and it is also a primary key column as shown in fig below.

You can see the specifics of the table with the \d <table_name> command as shown below.

Step2: Generate some sample data in the table. I have used generate_series function and inserted 4000 rows. You can confirm the data inserted by using the count (*) on the table as shown below.

This is called bloating. Even after deleting the data, the space used by the deleted data is not released from the table. It will lie in the table and the database will think that data is using the space but in reality, it’s just an impression and there does not exist any data since we have deleted it already.

Step7: In order to free up the unutilized space and defragment the table, you will need to periodically perform VACUUM on the tables. So any tables which have a high volume of DML’s happening on it should be vacuumed periodically to make sure performance degradation does not happen and the unused space is released to the file system.

As shown below, after vacuuming the data, the size of the table has come down from 416 KB to 144 KB keeping the number of records the same.

Also, the dead tuples (2000 – Step 5) which were consuming the space even after deletion have been removed after vacuuming the table. See the fig below.

Vacuum can be scheduled and can be performed on adhoc basis. It is very imp to create a vacuum strategy for your Postgres database. It will play a considerable part in maintaining the performance of the database and also managing the space capacity of the file system

2 thoughts on “Data Fragmentation in PostgreSQL”