I am Soundharya currently working in sap technology.i like to upgrade my skills and enthusiastic to learn new things. Have a huge interest on oracle and this platform is a good opportunity to share some information and to learn as well.

An Oracle server includes an Oracle Instance and an Oracle database.

Oracle instance:  An Oracle Instance is a combination of two different sets of components. 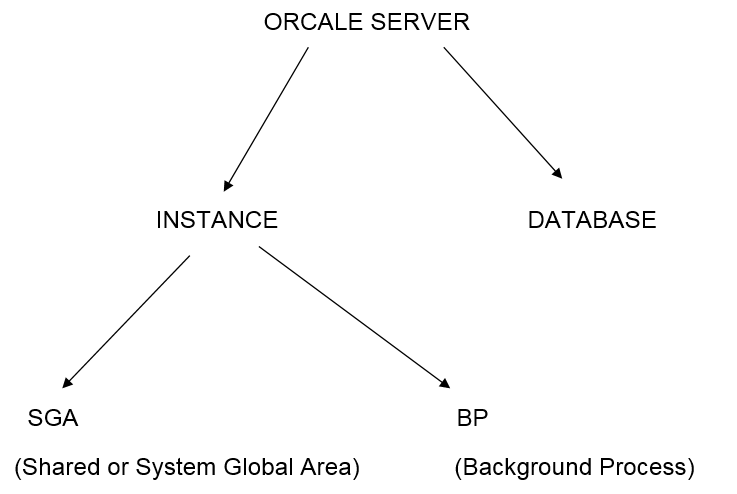 System Global area: For the entire database there is only one set of memory components.

Shared Global area: All users Present in a database can use single set of memory components only. So we can call it’s a shared Memory.

These memory components are mandatory to start the database.

These memory components will specify as per Transactions and requirement. 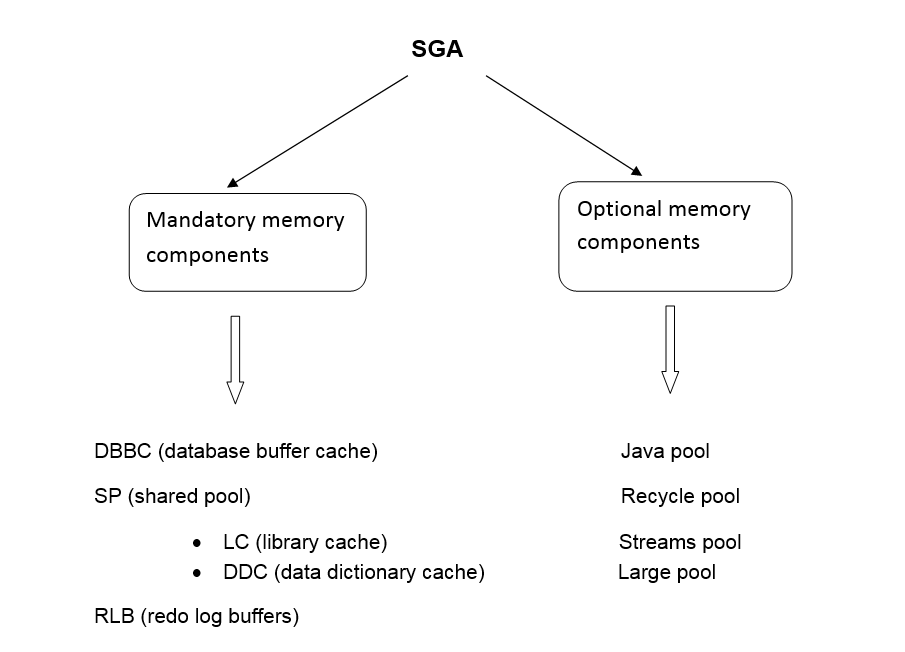 Free buffer: empty buffer and allows Transactional data to use.

Dirty buffer: having Transactional data but not yet written to disk.

The dictionary cache is the memory area designated to hold dictionary data. It’s a collection of internal tables and views of reference information about the database, the structure and users info. It is also known as the row cache because it holds data as rows instead of buffers that hold entire blocks of data.

Every time user performs Transactions, for every Transaction Oracle database keeps record of changes made to data. If any block got modified in DBBC that changes will send to the redo log buffers. These redo data is useful to perform the recovery operations.

DBWR writes the contents of buffers to datafiles. The DBWn processes are responsible for writing dirty buffers in the database buffer cache to disk.

Usually Log writer process (LGWR) is fast enough to manage these issues. It writes redo entries after certain amount of time to ensure that free space is available for new redo entries.

It performs recovery when a failed instance starts up again. The SMON process of one instance can perform instance recovery for other instances that have failed. SMON also cleans up temporary segments that are no longer in use and recovers failed transactions skipped during system failure. These transactions are eventually recovered by SMON when the tablespace or file is brought back online.

Performs process recovery when a user process fails. PMON is responsible for cleaning up the cache and releases resources that the process was using.

At specific times, all modified database buffers in the system global area are written to the data files by DBWn. This event is called a checkpoint.

The checkpoint process is responsible for signalling DBWn at checkpoints and updating all the data files and control files of the database to indicate the most recent checkpoint.It generates SCN (system change number) whenever any changes occur in the DB. It will tag the new SCN to the CRD files.