I am Ramesh Atchala currently working as Software Engineer. I like to upgrade my skills and enthusiastic to learn new things. Have a huge interest on AWS,DevOps and this platform is a good opportunity to share some information and to learn as well.

In this article,we will see Launch 2 Hosts and Set-Up in Inventory File.

What is Inventory file?

we can see the Availability Zone “ap-south-1b” of your Ansible machine. 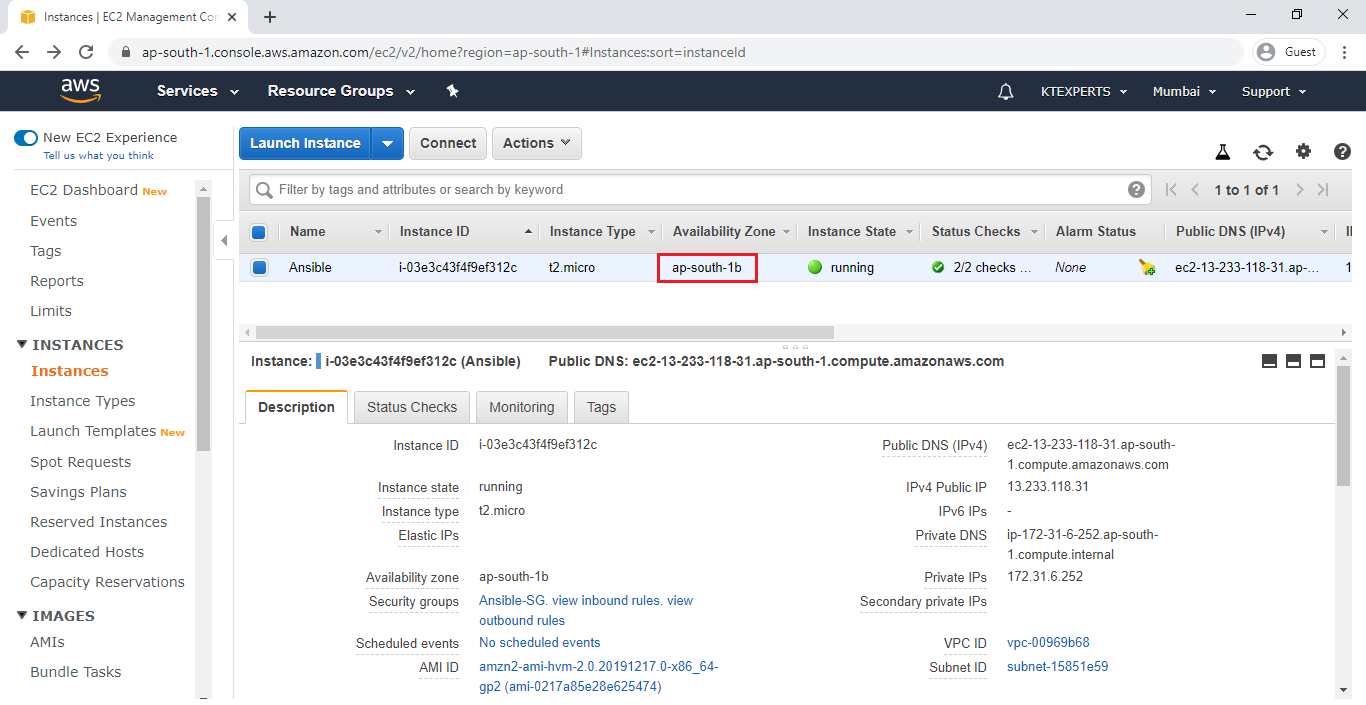 Ansible machine is in ap-south-1b AZ.
we create 2 nodes at the same time by selecting 2 instances in the same Availability Zone “ap-south-1b”.
we need to open SSH and HTTP ports. 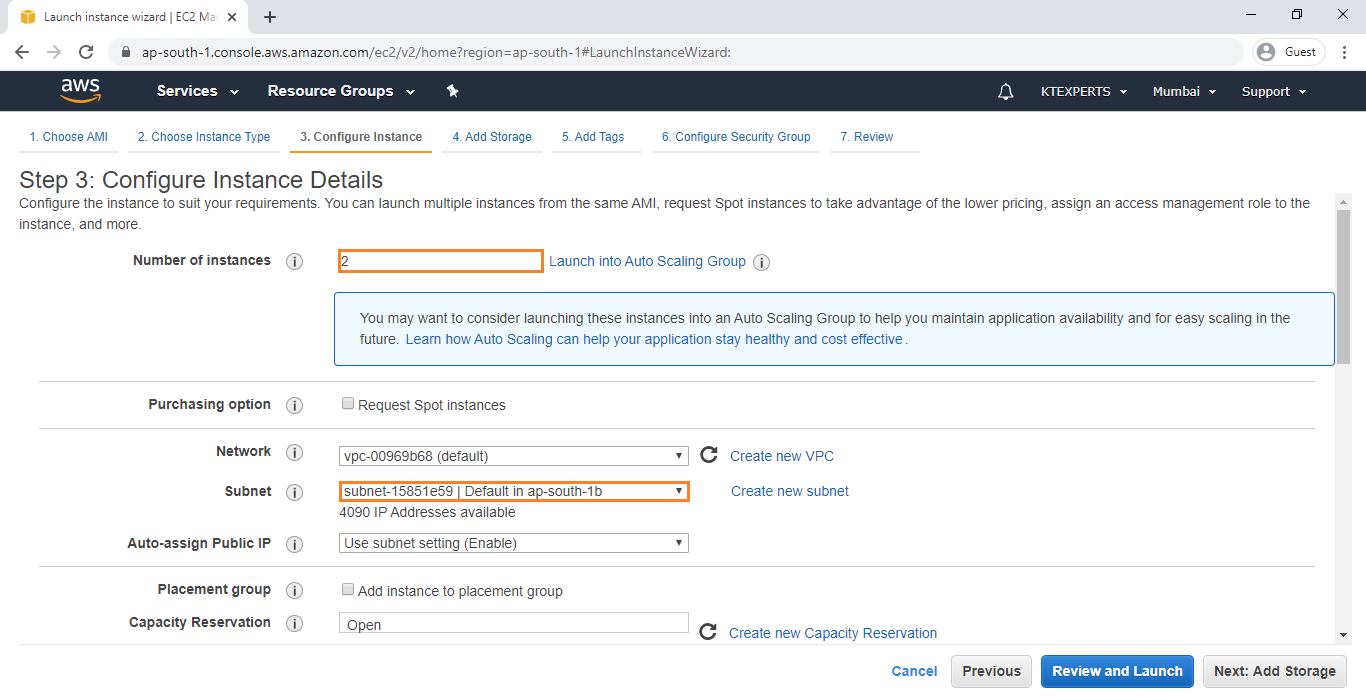 Whenever we install ansible By default ,we will get two files “ansible.cfg”  and “hosts” in the /etc/ansible” directory.

2. Create a group and mention Hosts Private IP under the group in the Inventory file “/etc/ansible/hosts” 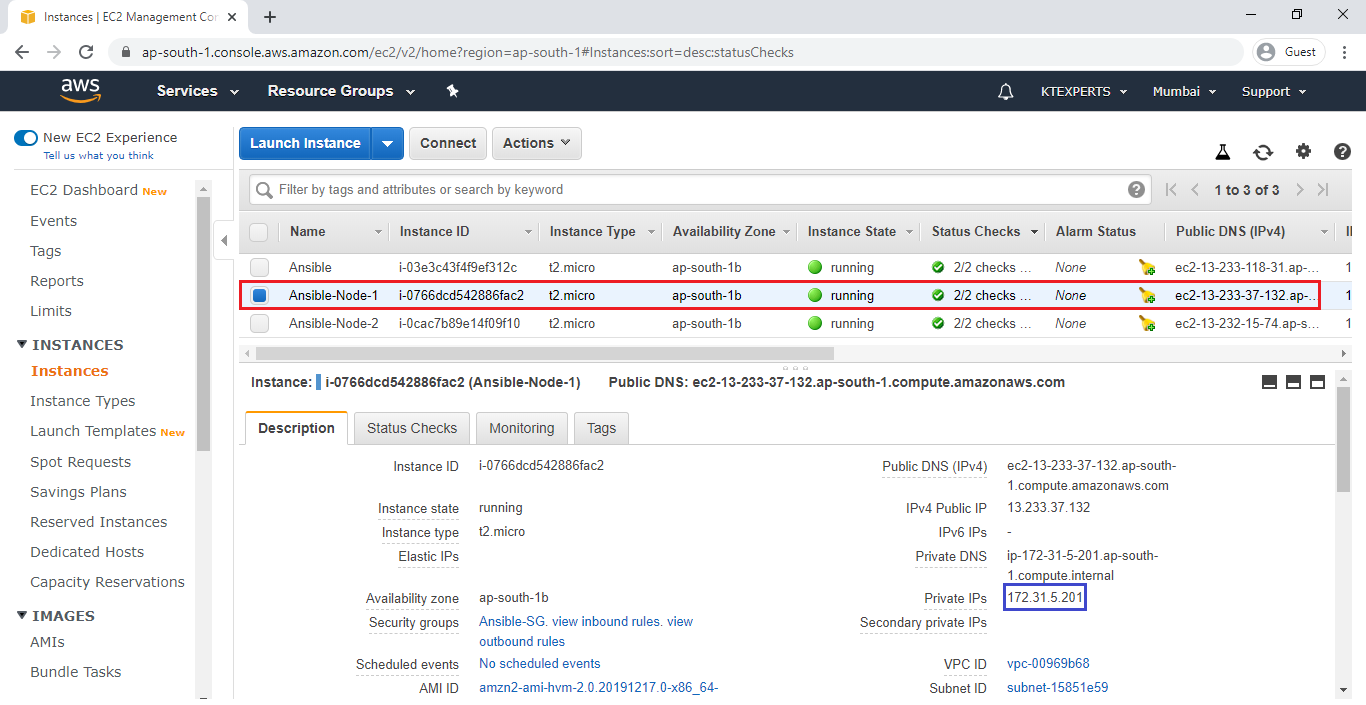 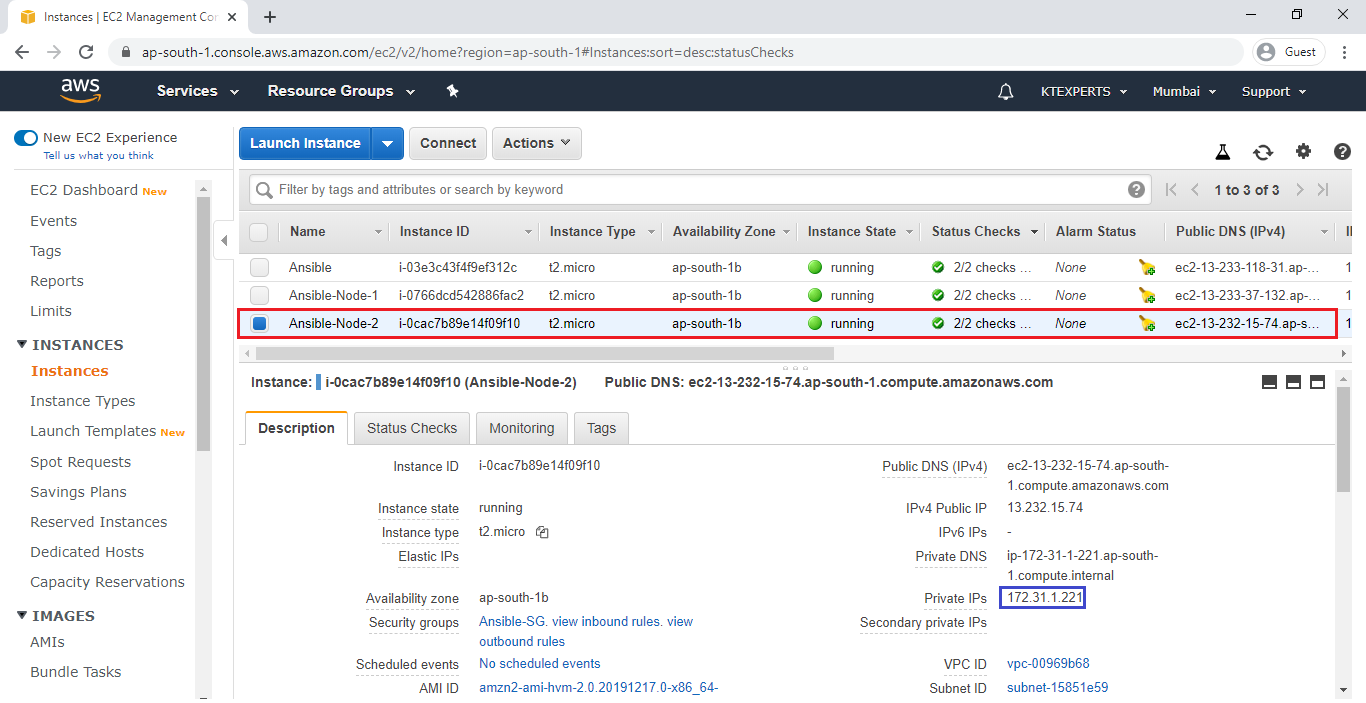 Open the file “/etc/ansible/hosts” and create group “Ktexperts-Nodes-Group” and mention above 2 nodes IP addresses under group.

Now on wards ansible server push code to 2 nodes but ansible main configuration file is not recognizing the 2 hosts.

Previous Post: How to Install Ansible in Amazon Linux Machine
Next Post: Ways to Push Code From Ansible Server to Hosts