In this article,we will see Introduction to Ansible.

Configuration Management
It is a method through which we automate admin tasks.
Configuration management tool turns your code into infrastructure.
So your code would be testable, repeatable and versionable.
Infrastructure refers to the composite of — 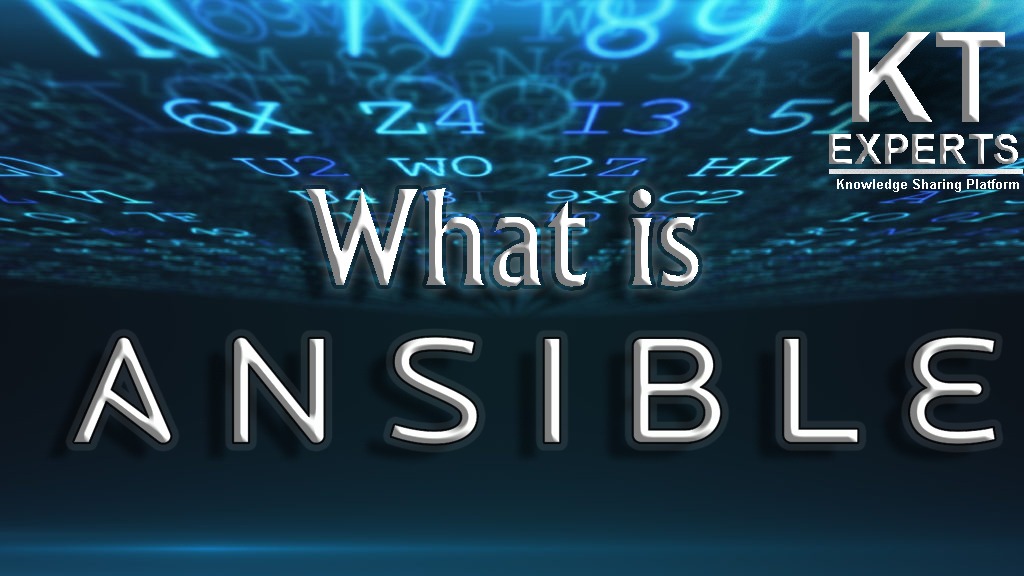 Continuous deployment
Software is deployed continuously enabling a company to keep in pace with the market requirements.
Increases system robustness
Infrastructure automation ensures all bugs are caught and removed before deploying the software.
Adapt to the cloud
The chef is easily integrated with infrastructure on the cloud.
Entire infrastructure can be recorded in the form of a repository that can be used as a blueprint to recreate the infrastructure from scratch.

Ansible works by connecting to your nodes and pushing out a small program called Ansible modules to them.Then Ansible executed these modules and removed them after finished.The library of modules can reside on any machine, and there are no daemons, servers, or databases required.The Management Node is the controlling node that controls the entire execution of the playbook.The inventory file provides the list of hosts where the Ansible modules need to be run.The Management Node makes an SSH connection and executes the small modules on the host’s machine and install the software.Ansible removes the modules once those are installed so expertly. It connects to the host machine executes the instructions, and if it is successfully installed, then remove that code in which one was copied on the host machine.

Controller Machine/Ansible Server
The machine where Ansible is installed, responsible for running the provisioning on the servers you are managing.
Inventory
An initialization file that contains information about the servers you are managing.
Playbook
The entry point for Ansible provisioning, where the automation is defined through tasks using YAML format.
Task
A block that defines a single procedure to be executed, e.g. Install a package.
Module
A module typically abstracts a system task, like dealing with packages or creating and changing files. Ansible has a multitude of built-in modules, but you can also create custom ones.
Modules
The module is a command or set of similar commands which is executed on the client-side.
Role
A pre-defined way for organizing playbooks and other files in order to facilitate sharing and reusing portions of a provisioning.
Play
A provisioning executed from start to finish is called a play. In simple words, execution of a playbook is called a play.
Facts
Global variables containing information about the system, like network interfaces or operating system.
Handlers
Used to trigger service status changes, like restarting or stopping a service.
Notifier
The section attributed to a task which calls a handler if the output is changed.
Tag
It is a name set to a task that can be used later on to issue just that specific task or group of jobs.

Agentless – Which means there is no kind of software or any agent managing the node like other solution such as puppet and chef.

Python – Built on top of python, which is fast and one of the robust programming languages in today’s world.

SSH – Very simple passwordless network authentication protocol which is secure. So, your responsibility is to copy this key to the client.

Push architecture –  Push the necessary configurations to them, clients. All you have to do is, write down those configurations (playbook) and push them all at once to the nodes. You see how powerful it can be to push the changes to thousands of servers in minutes.

Setup –  a minimal requirement and configuration needed to get it to work.