In this article,we will see Introduction to Docker.
What is Docker?

What is a Virtual Machine?

Virtual Machine is a software that emulates a computer system.
A virtual machine is a system which acts exactly like a computer.
This enables teams to run what appear to be multiple machines on a single computer. If you need to run software on a different type of hardware or operating system, a VM provides that option without using additional hardware.
The operating systems and their corresponding applications utilize the same hardware resources that originate from either a single-host server.
Each VM needs an underlying operating system with virtualized hardware.
VMs run on top of a physical machine using a “hypervisor”. A hypervisor, in turn, runs on either a host machine or on “bare-metal”
A hypervisor is computer software, hardware, or firmware placed in between the virtual machine and its hardware.
A computer that allows the hypervisor to run a single or more than one virtual machine is known as the host machine, and all the virtual machines are called guest machines.
The most popular products on the market are VMWare and VirtualBox. 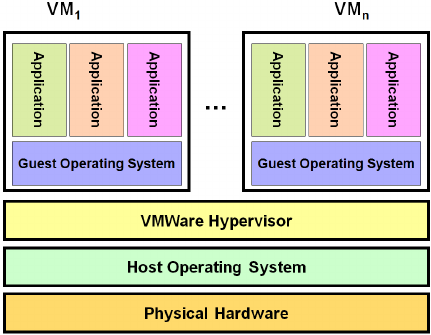 Container is considered a new method that can replace virtualization.
An operating system can operate many applications from the cloud. Instead of virtualizing the computer as with VM, containers virtualize the OS.
Containers are placed on a physical server and host OS.
Shared components are read-only.
Every container shares kernel, binaries, and libraries with their host OS.
These shared components are available only as read-only, so there is no need to reproduce operating system codes.
The server will be able to run a lot of workloads in just one OS installation. 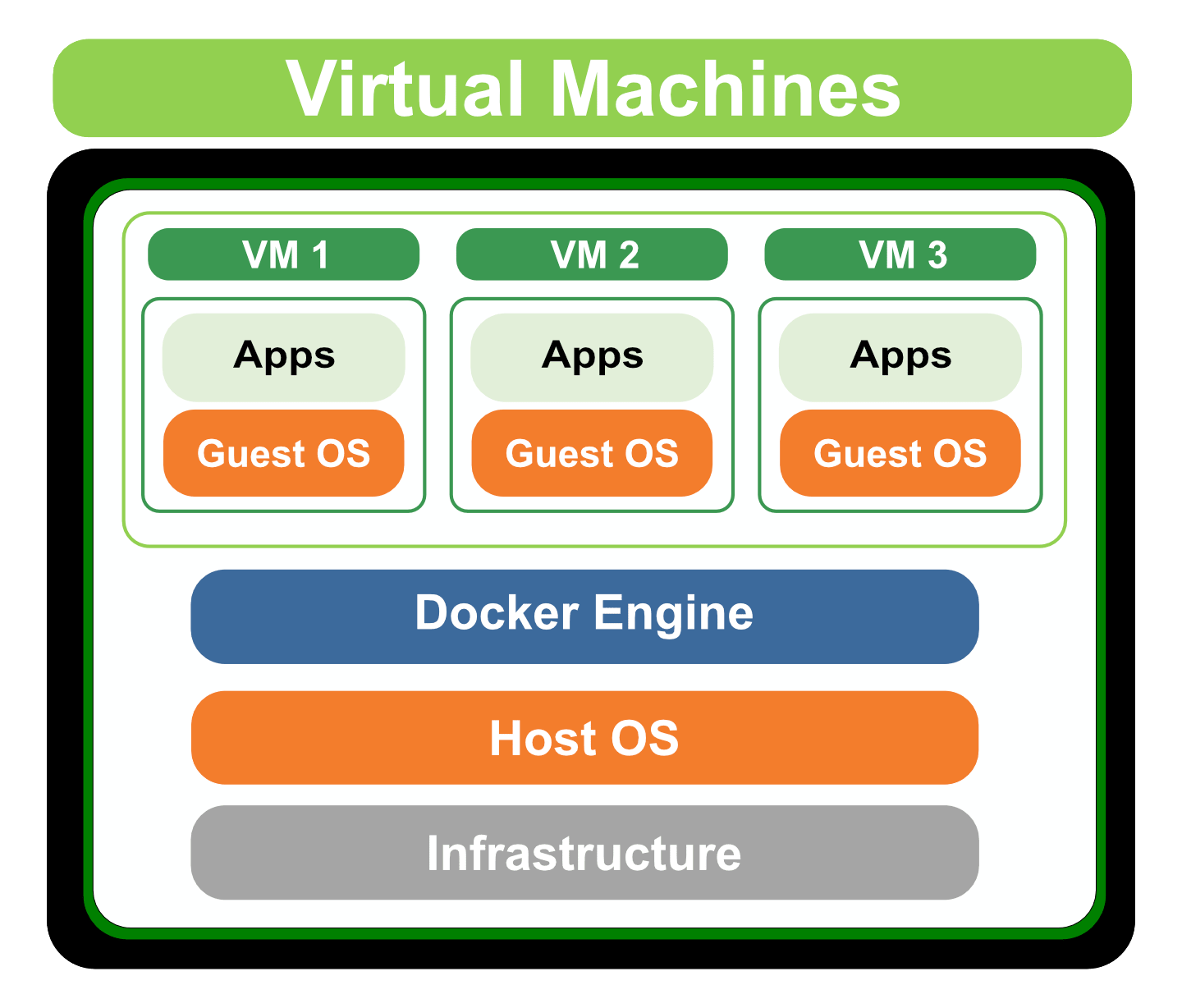 Docker — Docker started as a project to build single-application LXC containers, introducing several changes to LXC that make containers more portable and flexible to use. It later morphed into its own container runtime environment. At a high level, Docker is a Linux utility that can efficiently create, ship, and run containers.

Differences between Virtual Machine Vs Container

Docker Features
Although Docker provides lots of features, we are listing some major features which are given below.
Easy and Faster Configuration
Increase productivity
Application Isolation
Swarm
Routing Mesh
Services
Security Management
Easy and Faster Configuration
This is a key feature of docker that helps us to configure the system easily and faster.
We can deploy our code in less time and effort. As Docker can be used in a wide variety of environments, the requirements of the infrastructure are no longer linked with the environment of the application.
Increase productivity
By easing technical configuration and rapid deployment of application. No doubt it has increase productivity. Docker not only helps to execute the application in isolated environment but also it has reduced the resources.
Application Isolation
It provides containers that are used to run applications in isolation environment. Each container is independent to another and allows us to execute any kind of application.
Swarm
It is a clustering and scheduling tool for Docker containers. Swarm uses the Docker API as its front end, which helps us to use various tools to control it. It also helps us to control a cluster of Docker hosts as a single virtual host. It’s a self-organizing group of engines that is used to enable pluggable backends.
Routing Mesh
It routes the incoming requests for published ports on available nodes to an active container. This feature enables the connection even if there is no task is running on the node.
Services
Services is a list of tasks that lets us specify the state of the container inside a cluster. Each task represents one instance of a container that should be running and Swarm schedules them across nodes.
Security Management
It allows us to save secrets into the swarm itself and then choose to give services access to certain secrets.
It includes some important commands to the engine like secret inspect, secret create etc.

Client
Docker provides Command Line Interface (CLI) tools to client to interact with Docker daemon. Client can build, run and stop application. Client can also interact to Docker_Host remotely.
Docker_Host
It contains Containers, Images, and Docker daemon. It provides complete environment to execute and run your application.
Registry
It is global repository of images. You can access and use these images to run your application in Docker environment.

What is Docker engine?

Server: It is the docker daemon called dockerd. It can create and manage docker images. Containers, networks, etc.
Rest API: It is used to instruct docker daemon what to do.
Command Line Interface (CLI): It is a client which is used to enter docker commands.

One thought on “Introduction to Docker”